Ann Claesgens has the kind of career story you don’t hear much about anymore.

The number of different workplaces that spanned her 45(+) year career?

Two: Less than a year at the University of Minnesota Hospital, and the rest at St. Mary’s Hospital in San Francisco, in her capacity as a medical laboratory scientist.

Ann graduated from the University of Minnesota’s Medical Laboratory Sciences (MLS) program in 1968< (known at the time as Medical Technology), a field to which she finally committed after contemplating careers as a veterinarian, then archeologist, then teacher. Her classes spanned the spectrum of liberal arts studies, including art history, music appreciation, and ancient history.

When she finally committed to medical laboratory sciences, she was fully invested, as evidenced by the tenacity she displayed catching up to the required curriculum, working a job drawing blood early in the morning before classes, then muscling through her post-graduation job at the University of Minnesota Hospital’s medical laboratory.

“I worked the night shift, the third shift, the graveyard shift four nights a week from 10 at night to 8 in the morning,” she said. “It was down in the basement”.

She did take time off to drive to California during February with a co-worker from the 2 nd shift whose husband was returning to a military base after serving overseas. Something struck her when she visited San Francisco, that would have a lasting impact on her life moving forward. “There was no snow,” she says. “What can I tell you?”

Ann’s love for the Bay area convinced her to return there soon after that visit, and then, she says, her professional future was sealed. “I spent the rest of my career at St. Mary’s Hospital and Medical Center in San Francisco.”

Ann worked in a lab the entirety of her tenure at St. Mary’s, but that’s not to say her stay was stagnant. Her University of Minnesota MLS education and her passion to help patients through laboratory diagnostics led her to apply her background within numerous areas, including chemistry, radio immunoassays (or RIAs, for running special tests, such as those on the thyroid, and drug testing) and microbiology. She also served as the education coordinator of St. Mary’s medical technology program, scheduling lab rotations for six students per year throughout the organization.

“I was very confident when I left the University of Minnesota. I knew I had been at one of the top programs in the country. Having been a new graduate and becoming an education coordinator, it wasn’t overwhelming. I was ready to face the world. I still feel good about the U of M program.”

Ann’s goodwill and gratitude toward the University of Minnesota’s Medical Laboratory Sciences program has engaged her in another decades-long endeavor. For almost 30 years she’s donated to the program.

“I like to give to the program because it provided me with a wonderful career, a good retirement, and people are needed in the labs these days,” she says. “For students today and in the future, I want to help them continue their education. It’s payback time.”

Be the Next Story 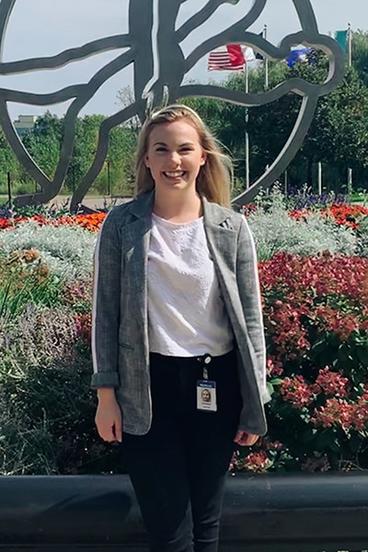 Not every student who graduates from college receives hands on experience conducting enzyme-linked immunosorbent assays (ELISAs), but as a University of Minnesota Medical Laboratory Sciences (MLS) program graduate, Hannah Jeffers did. That, along with the overall education she cultivated in the program, caught the interest of medical device maker Medtronic.

Medtronic had written to the program about an internship opportunity during Hannah’s senior year. She was quick to apply. “They were looking for someone with an MLS background who had worked with ELISA methods,” she says. “I was like ‘this sounds perfect’.  I really wanted to be somewhere that’s super hands on.”  The hiring manager replied, “OK, when can you start?”

The 2019 MLS program graduate interned at Medtronic from May to September of her senior year, prior to fulfilling the MLS program’s clinical rotation requirements at a lab and two hospitals, where she focused on microbiology, clinical chemistry, hematology and blood banking, respectively.  Following graduation, Medtronic hired Hannah full time to work in its blood laboratory.

Her role there is to draw human blood and test it against the company’s devices to see if there’s an adverse outcome, like clotting or hemolysis. She conducts her tests in a lab setting – not on people or animals – to give the company an early sense as to whether the devices are safe before they advance to animal studies or clinical trials.

“I feel very grateful that I was able to get this position,” she says. “I’m able to help people every day, even if it’s not in the typical MLS sense.”

The University of Minnesota’s MLS program equips graduates to work within myriad fields and organizations.  For example, Hannah says other classmates from the program work in states such as Oregon and Utah, in settings like microbiology and commercial laboratories.  “The MLS program is rigorous, but it prepares you so well,” she says. “A friend who graduated with me wanted to be a generalist. She was like ‘I want to do everything, I just want to help in every way that I can.’”

The program sent Hannah out to succeed within the exacting and meticulous framework and standards of a company whose mission is ‘to alleviate pain, restore health, and extend life’. “This program prepared me for anything.  I felt very prepared for the boards, and just really prepared for everything even if I didn’t come to Medtronic,” she says.

Yet soon after she ventured out, Hannah was drawn back, to contribute to the program that left a profound imprint on her professional path.  She agreed to lead a virtual clinical rotation for current MLS students who are interested in the work she conducts.

“It makes me happy,” she said.  “I hope people were inspired.”

In 2020, as was the case in the 1970s, few people who visited a doctor or a lab knew what happened to the lab specimens they provided and left behind. Then, as now, a medical laboratory scientist worked behind the scenes to review the sample, analyze the results and report it to doctor as the basis for creating an appropriate care plan.

But getting credit for the essential role that medical laboratory scientists play in promoting better health care matters far less to Fran than ensuring that there’s a robust pipeline of these professionals to staff the health care teams that depend on them. And to do that, she says, it’s critical to envision the college student who’s trying but struggling to gather the resources to cultivate an MLS education.

Fran worked in the VA Hospital’s microbiology lab after she graduated from the MLS program, and then at the Ob-Gyn Lab in Powell Hall and the Phillips-Wangensteen Building. She built upon the base of her University education, enrolling in masters classes in the College of Food Science and Nutrition. She eventually started her own business, catering desserts and teaching cooking classes.

Fran later returned to her MLS roots to work as a microbiologist, teaching specialist, a clinical research coordinator and a lab medicine and pathology education coordinator. 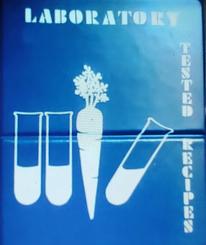 Along the way, she continued to respond to the calling within her, to provide access to others whose futures could begin with a University of Minnesota education. One way was to combine her two areas of expertise – MLS and Food Science – to create a cookbook (titled Laboratory Tested Recipes) comprised of recipes that MLS graduates from throughout the Twin Cities contributed. Fran, then a member of the Med Tech Alumni Board, embarked on the effort to raise money for students to attend the University’s MLS program. The book sold like hot cakes when it first appeared at the 1993 annual alumni dinner and many more books were also sold at subsequent banquets and student bake sales.

Fran also committed to contributing directly to MLS program, which makes numerous scholarships available for students who seek to pursue the degree.

“I think its important to make education available to anyone who wants it. Education is your key to being able to do whatever you want to do in life,” she says. “I like the idea of giving back and making that available in any way I can. If students need to supplement what they have, lets help them out.”