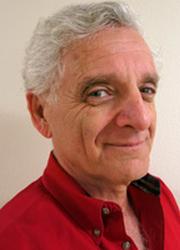 Postdoctoral Fellowships in Neurophysiology, University of Amsterdam, the Netherlands and Columbia College of Physicians and Surgeons, NY

Prof. Mike Potegal is working on two projects that involve vestibular function. The first is a study of post-rotary nystagmus (PRN) as typically measured by occupational therapists. We have already determined that it is not a general measure of vestibular function because the duration of PRN is uncorrelated with the ability to balance in healthy young adults. However, some preliminary data suggest that PRN duration might correlate with a person’s ability to use vestibular input to guide their navigation through space (topographic orientation). This possibility is being pursued with a task in which seated, blindfolded subjects estimate the angles through which they have been rotated. Such estimates require the integration (in the mathematical sense) of the signal from the semicircular canals. Performance on this task is being compared to estimation of linear transport in a wheelchair, which does not involve the canals.

The second line of research is on a condition identified by OTs as “gravitational insecurity.” Children with gravitational insecurity have difficulty walking on uneven or unstable surfaces such as rocky ground, beaches, even gym mats. They dislike lying on their backs, bending backward, being picked up, or being upside down. These children fear and avoid moving platforms like skates, cars, and escalators. This condition can be summarized as always wanting one’s feet on the ground; any threat to this stance elicits intense fear. Detailed internet narratives by adults self-identified with gravitational insecurity present a consistent picture of an early-starting, life-long condition. Our current nation-wide survey of pediatric OTs’ experience with gravitational insecurity is assessing diagnostic signs, demographic characteristics, typically comorbid conditions, treatment types and success rates for gravitational insecurity as seen in the OT clinic. With 70 surveys completed findings include a very high rate of abnormal eye movements. This feature has not been previously described and suggests that there is indeed a vestibular problem.

The physiological substrate linking the two lines of research is the vestibular “velocity storage” integrator in the brainstem. The time constant of this integrator determines the duration of PRN. We hypothesize that the pathogenesis of gravitational insecurity is an abnormal prolongation of the integrator time constant that makes the vestibular signal unstable and unreliable. Tests of this hypothesis are being planned.